You Never Give Me Your Money – When Do Directors Have To Bail Out Their Company?

You Never Give Me Your Money – When Do Directors Have To Bail Out Their Company? 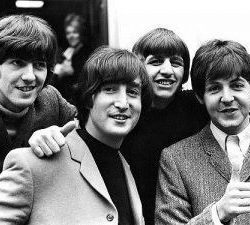 It’s well known that there is a clear legal distinction between a limited company and its directors and shareholders. It’s the basis of company law, and has been confirmed by the courts many times since the landmark decision in Saloman v Saloman (1896). But in some limited circumstances a company creditor can force a director to pay the company’s debts. So when do directors have to bail out their company?

The situation arises where the company has an obligation to pay another party’s legal costs. The courts have a rarely-used power to hold a director liable to pay those costs. This power is found in Section 51(3) of the Senior Courts Act 1981. It provides that the courts have “full power to determine by whom and to what extent the costs are to be paid”. A court order made under this rule is called a Non-Party Costs Order (NPCO).

The courts have held that a NPCO will be an exception to the usual rule. This is only a party in litigation has to pay costs, not a ‘non-party’. But sometimes a non-party funds and controls the litigation or will benefit from it. It can then be regarded as the ‘real party’, and a NPCO pay be made against them. The reason is that they are seen as facilitating access to justice for their own purposes.

The usual scenario is where a company loses a case and has to pay the winning party’s costs, but is insolvent with no money to do so. The winning party might then look to the director of the company to pay those costs.

A recent case was typical: Sony v WPMC (2018). The Claimant music company owned the copyright in the songs of The Beatles. The Defendant was planning to produce a documentary which would infringe the copyright. The Claimant sued and won the case, but the Defendant company became insolvent and was wound up. It could not pay the Claimant’s costs. About a year later, the Claimant decided to go after David Bailey, the company director and major shareholder, for its costs. So they went back to court. They argued that Mr Bailey was the real party who had controlled and partly funded the case with a view to his own benefit. The court agreed, and made a NPCO against him.

Mr Bailey appealed this decision to the Court of Appeal. The appeal court overturned the NPCO, so he did not have to pay the costs personally. The higher court said that what was “fatal” for the Claimant was that it had not warned Mr Bailey that they might seek a NPCO against him. He was therefore unable to become involved in the litigation at an earlier stage, or take out insurance against liability for costs.

When are the orders made?

NPCOs are not awarded very often, but they are a useful part of the toolbox for litigants, especially where the opposing party is a company with a director/shareholder who is closely involved in or funding the litigation. The Sony case is a reminder that if you may ultimately seek costs from the director/shareholder, they should be put on notice at an early stage.

For more information about litigation and claims generally, click here.